Dowth (Dubthach or dark house) is the place of death, the setting Winter Solstice sun shining into the chamber of Dowth South every year.

The text of medieval manuscripts known as Dindseanchas explains how Dowth (Dubad) got its name. They tell how all the men of Ireland were commanded by the King to come together for a day to build a tower that would reach the heavens. The King’s sister secretly stopped the sun in the sky by magic so that there would be an endless day. As time wore on the men of Ireland became exhausted and realised they had been tricked. However the magic spell was broken when the King and his sister slept together. The work on the great mound was abandoned as darkness fell and it was said that Dubad (darkness) would be the name of this place from that day. (from the OPW Information sheet on Dowth)

Entrance Gateway and walk around the mound

A surrounding kerb is not exposed but about 15 carved stones are visible - the most notable being known as the Stone of the Seven Suns.

There is a large crater on the top where archaeologists excavated, looking for a central chamber. There was even a small open air tearoom up there in Victorian times.

There are several single stones in the field, together with a visible well (St. Bernards) 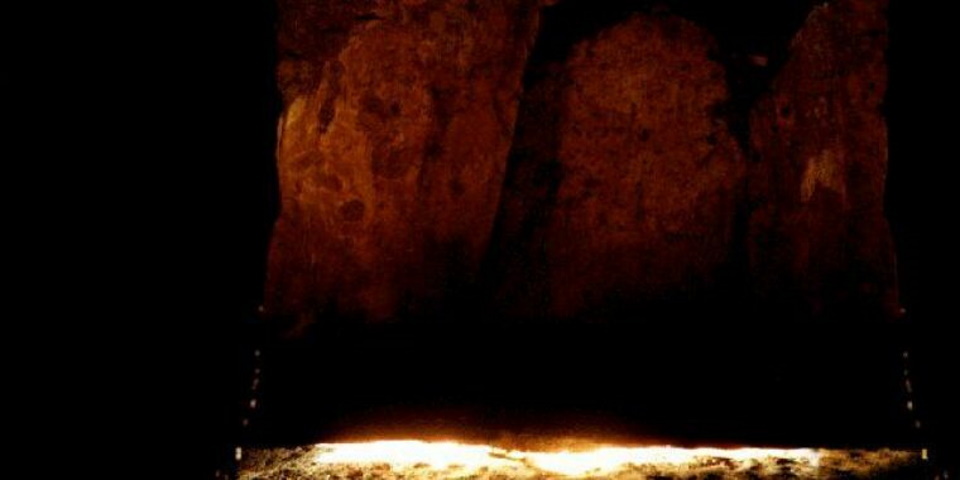 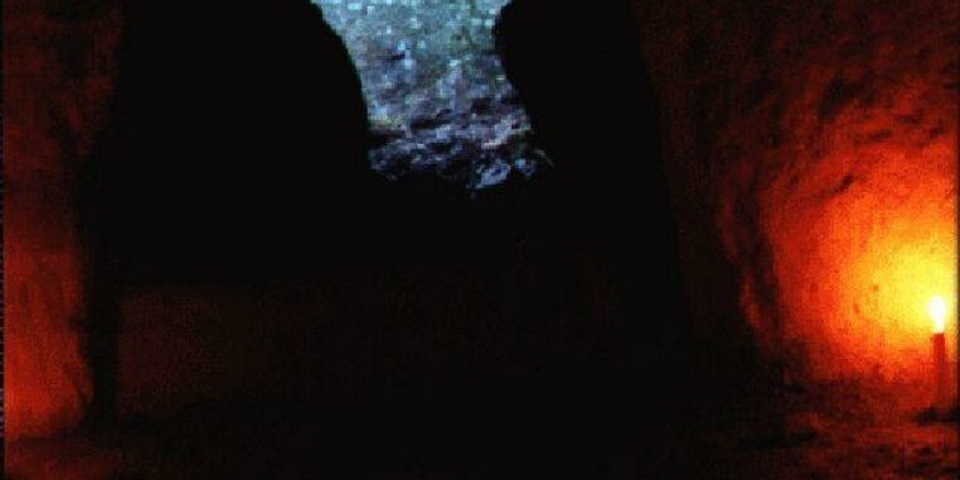 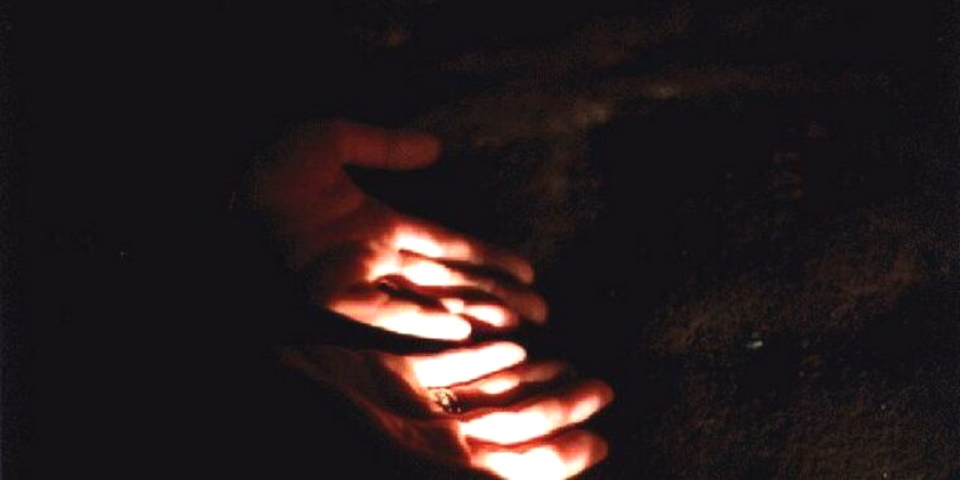 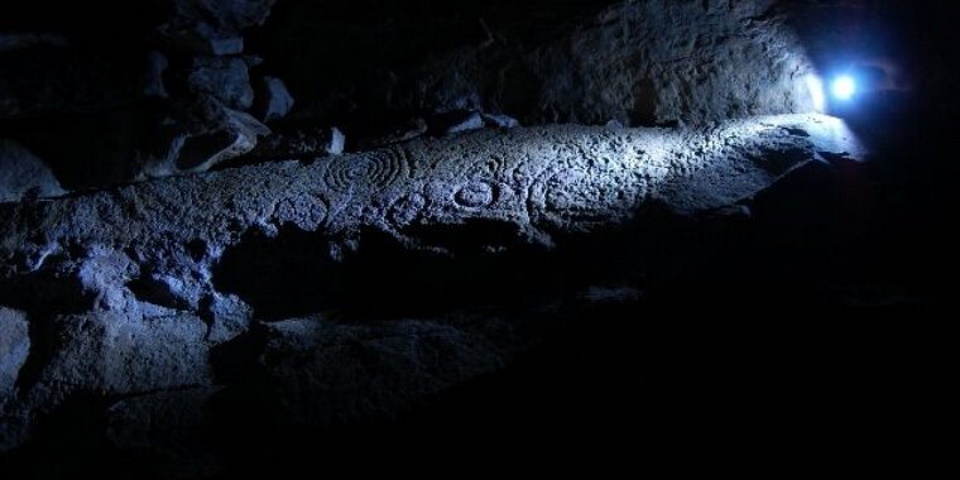 Dowth mound stands in a large field, sharing the space with grazing sheep. On the northern bank of the river Boyne, it is signposted from the Slane to Drogheda road. Drive directly to the site and park on the roadside. Thereare no facilities, such as toilets and gift shop, at the site, but there is a comprehensive information board. Entrance is through a metal squeeze gateway.

The large mound is about the same size as Newgrange and Knowth, raised between approximately 3200 and 2000 BC, making it the third presently visible on this ridge.

In July 2018, another passage tomb in the grounds of nearby Dowth Hall was excavated, revealing significant examples of Neolithic rock art similar to those at Dowth and the other Brú na Bóinne sites.

There are two chambers, referred to as Dowth North and Dowth South, and a souterrain (constructed around the 10th or 11th century).

There is usually no public access to the chambers of the mound.

Dowth (Dubthach or darkhouse) is the place of death, the setting winter solstice sun shining into the chamber of Dowth South every year. It is a masterpiece that complements the dawn sunrise in Newgrange eight hours previously.