This year's Vernal Equinox falls on 09.37 March 20, 2021. The Vernal Equinox marks the turning point when daylight begins to win out over darkness. This is the moment in the Northern Hemisphere when the Sun crosses the equator and the days and nights are equal in hours. The direct rays of the Sun are shining down on the equator producing the effect of equal day and night.

Vernal means “new” and “fresh,” and equinox comes from the Latin aequus (equal) and nox (night).

The Vernal Equinox marks the turning point when daylight begins to win out over darkness. From now until the summer solstice on June 21, the days will gradually get longer because the sun will be higher in the sky, giving more hours of daylight.

More hours of sun means more warming by the sun, so the days will also get warmer. Also the sun's rays will be striking the Northern Hemisphere from a more acute angle, so that the same amount of solar radiation is concentrated in a smaller area, amplifying the heating factor.

If you are standing on the equator at the exact time of the equinox, and the weather conditions are just right, you might find that you cast no shadow. This is because the centre of the sun will be directly overhead.

Although popularly described as "the first day of spring" in the Northern Hemisphere, the annual event is actually much more important than that. More than any other event, it marks the beginning of the astronomical year. 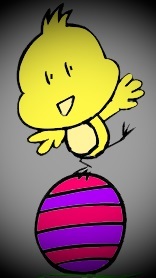 Stories have grown up around the equinox. It’s said you can balance an egg vertically on a flat surface, not on other days of the year. The theory goes that at this time of year the moon and earth are in exactly the right alignment, the celestial bodies generating the perfect balance of forces needed to make it possible. The truth is that the amount of sunlight we get during the day has no power over the gravitational pull of the Earth or our abilities to balance things upon it. If you have the patience and a steady hand then you can balance an egg on it's end any day of the year.

There are many sites around the world with an alignment to the Vermal Equinox.

Here are a few. Maybe you know of others near you?

“an observer standing at the southern edge of the first projection on the causeway (just in front of the western entrance gate) can see the sun rise directly over the top of the central tower of Angkor Wat.”

The word equinox is often understood to mean "equal day and night", this is not strictly true. In fact, the word equinox translates to “equal night.” The equinox is a precise moment in time which is common to all observers on Earth.

The actual date that will have 12 hours of day and 12 hours of night is known as the equilux (meaning “equal light”) and generally occurs on a different date than the equinox.

Those days are referred to as the "equiluxes" to distinguish them from the equinoxes.

Because sunset and sunrise times vary with an observer's geographic location (longitude and latitude), the equilux likewise depends on location and does not exist for locations close to the Equator.

check out your location here: Time and Date.com