Since being fixed on the fourth Thursday in November by law in 1941, the holiday in the United States can occur on any date from November 22 to 28. It was originally a harvest festival.

Thanksgiving has been celebrated nationally on and off since 1789, with a proclamation by George Washington after a request by Congress.

Thomas Jefferson chose not to observe the holiday, and its celebration was intermittent.

Sarah Josepha Hale, writer of 'Mary Had a Little Lamb', led a 17 year campaign to get Thanksgiving declared a national holiday. Many letters she sent in that time were ignored, but a letter to Abraham Lincoln finally convinced him to declare Thanksgiving as a federal holiday in 1863.

The event that Americans commonly call the "First Thanksgiving" was celebrated by the Pilgrims at the Plymouth Plantation after their first harvest in the New World in October 1621. This first Thanksgiving lasted three days, and attendee Edward Winsow recounted that 90 from the Wampanoag Tribe and 53 Pilgrims from the Mayflower shared the meal. The settlers feasting with the natives on dried fruits, boiled pumpkin, turkey, venison and much more.

Nowadays families and friends usually gather for a large meal or dinner. Consequently, the Thanksgiving holiday weekend is one of the busiest travel periods of the year. 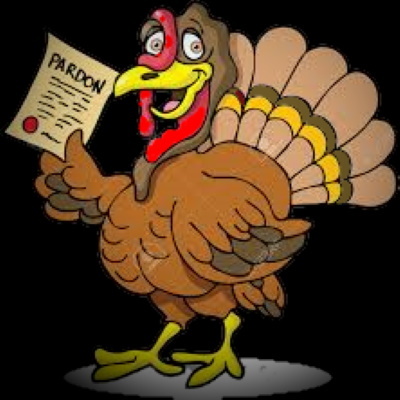 Turkey is the traditional bird and is served with some or all of the following: Mashed potatoes, gravy, stuffing, sweet potatoes, cranberry sauce, sweet corn and various type of swuashes , brussels sprouts and pumpkin pie. Green bean casserole was introduced in 1955 and remains a favourite.

John F.Kennedy was the first president reported to spare the turkey given to him (he announced he didn't plan to eat the bird), and Ronad Regan was the first to grant the turkey a presidential pardon, which he jokingly presented to his 1987 turkey which was indeed spared and sent to a petting zoo. 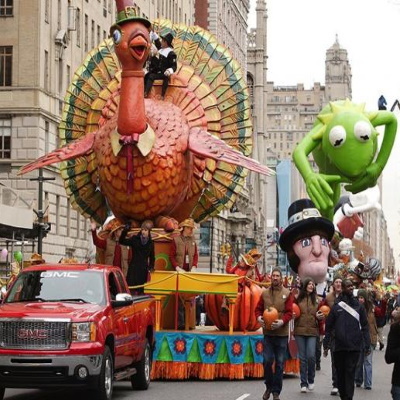 There are Thanksgiving parades in many cities in the USA. Most of these parades are televised on a local station, and some have small, usually regional, syndication networks.

Since 1924, in New York City, the Macy's Thanksgiving Day Parade is held annually from the Upper West Side of Manhattan to Macy’s main store and is televised nationally by NBC. It is billed as the world's largest parade.

The float that traditionally ends the Macy's Parade is the Santa Claus float, the arrival of which is an unofficial sign of the beginning of the Christmas season.

The oldest parade is in Philadelphia which launched in 1920.

The day after Thanksgiving is a holiday for some companies and most schools. In the last two decades of the 20th century, it became known as Black Friday the beginning of the Christmas shopping season and a day for chaotic, early-morning sales at major retailers that were closed on Thanksgiving.