Written by Anne January and December 2020

According to legend, which dates only to the 7th century, Barbara was the beautiful daughter of, Dioscorus a pagan ruler. He locked her in rooms in a tower to protect her from harmful influences. Here she had time to read and learn and she became familiar with the teachings of Christ, and was baptized. At that time, Christians were being persecuted everywhere, and were considered as enemies of the state.

Her father also had a private bath house built for her. The original plans were for two windows to be built, but, while her father was away, Barbara told the workers to make a third window, thus creating a Trinity of light. Barbara's bath house became a place full of healing power and many miracles occurred there. St. Simeon Metaphrastes even compared it to the stream of Jordan.

Dioscuros planned to marry Barbara to a very prosperous man, with a view to increasing the family fortune. Barbara asked for time to think about this and then explained to her father that she was a Christian and did not wish to marry. She had already removed the different images of Pagan gods from her living quarters and had replaced them with crucifixes.

On hearing this, Dioscuros became enraged and took her to the provincial prefect Martianus. Martianus tried to persuade her to make her break with her faith, but when this failed, he had her thrashed and cast into jail. She prayed to God and her wounds healed.

On the following day, she was ordered by Martianus to pay sacrifice to the pagan gods. When she refused, she was mutilated in a dreadful way. When she continued to proclaim her Christian faith, she was sentenced to death by the sword. Barbara went to her place of execution still proclaiming her Christian faith. Dioscorus himself performed the execution. Immediately following Barbara's death, a terrible thunderstorm arose. As punishment for his monstrous crime, Dioscuros was killed by lightning and turned to ashes.

Later when Christianity had become firmly established, St. Barbara was invoked as a protectress against the perils of lightning.

Some accounts name the ancient Egyptian city of Heliopolis, others Nicomedia or a town in Tuscany, as the scene of her sufferings. The original Greek accounts of her martyrdom are lost. Her story, reproduced in great detail in Jacobus de Voragine’s Legenda aurea (1255–66; Golden Legend, 1483), was popular in the Middle Ages.

Barbara's Day was used as a holiday in the very earliest festival calendar of the city of Cologne. The belief became widespread that Barbara could control lightning and other manifestations of flame and fire.

Barbara was adopted as the patron saint of miners most probably because the mining profession had to cope with many hazards to life in those days. Miners later developed the use of gunpowder for disintegrating rock, sounds similar to thunder claps and lightning flashes. This led to their need for special protection against accidents from the use of explosives, thereby strengthening the reputation of Saint Barbara as their adopted patron saint. Miners would pray for plentiful blessings in their mining operations: both seeking a bountiful production and to be kept safe and health 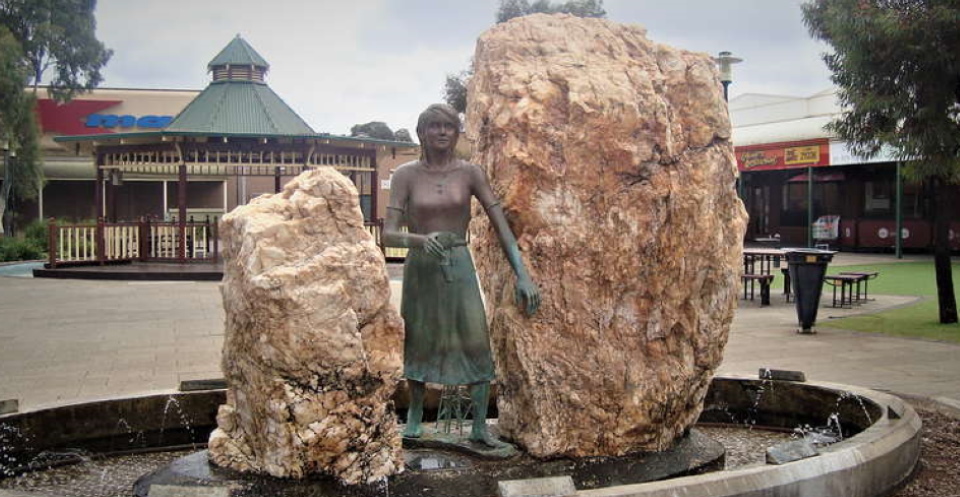 There are many churches, mines and works of art named after or produced in remembrance of Saint Barbara.

A few examples of note: Barbara Cathedral in Kuttenberg built between 1388 and 1518. The cathedral was built around an already existing Barbara altar in an area with many Barbara altars present. Kuttenberg has for centuries had on its coat of arms St. Barbara above the crossed hammer and gad.

Mine names frequently indicated wishes and hopes, in both Freiberg and Marienberg there was a mine named "St. Barbara Bonanza". There is also the "St. Barbara Good Hope Vein" in the Harz Mountains on the German-Austrian border

One of the most famous pictures of St. Barbara is on wood and was painted by Hans Holbein The Elder.

In the 6th century relics of St. Barbara were taken to Constantinople. Six hundred years later, they were taken to Kiev by the daughter of the Byzantine Emperor Alexius Comnenos. Today, they rest at the St. Vladimir cathedral in Kiev.

Doubt and questions surrounding the history of St. Barbara caused her to be removed from the General Roman Calendar, but not from the Catholic Church's list of saints in 1969.

Barbara is the feminine form of the Greek word barbaros (Greek: βάρβαρος) meaning "strange" or "foreign", from which the current term Barbarian is also derived.

St. Barbara is usually shown with mini chains, standing by or holding a tower with three windows, carrying a palm branch, and sometimes with cannons.

She is the patron saint of armourers, artillerymen, architects, mathematicians, miners and the Italian Navy. Saint Barbara was also a protectress of the plague and mothers would pray for healthy children..

St. Barbara is one of the Fourteen Holy Helpers, venerated because their intercession is believed to be particularly effective against diseases. Barbara is often invoked against lightning and fire, with associations of explosions.

St Barbara is patron saint of Artillerists and of the Gunnery Branch of the British Royal Navy.

The Irish Army venerates her as the patron saint of the Artillery Corps where she appears on the corps insignia, half dressed, holding a harp, sitting on a field cannon.