18th December - The Festival of Epona

Known as Rhiannon in Wales, Macha in Ireland, Epona’s name comes from the Gaulish word epos (“horse”). This ancient horse goddess is one of the most well-known of all the Celtic gods and goddesses. Horses played an important role in Celtic society. Naturally, the protector of horses would play an equally important role. 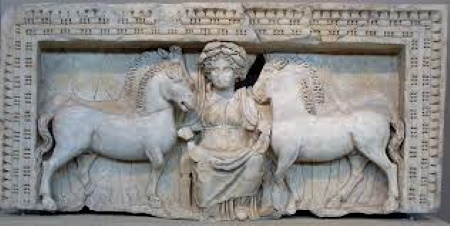 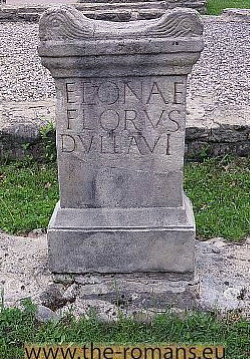 Epona translates as “divine mare” or “mare goddess”. Epona has been revered since the Iron Age.

Small shrines, known as aediculae, were built in her honour by horse owners and often decorated with roses. More inscriptions, statues, and shrines dedicated to her have been found than for any other Celtic god or goddess.

Even the Romans adopted this Celtic goddess.

Epona has been revered since the Iron Age.

She was also a giver of life, health, fertility and plenty, and a protectress of humans on the journey through death and on the Other Side.

Her role as a psychopomp, or guide of souls, is clear from the way she is depicted in Gaulish cemeteries. At La Horge-au-Sablon, a burial ground of the Medioatrici at Metz, in eastern Gaul, images of Epona were offered by relatives of the deceased; one depicts the goddess on her mare, leading a mortal to the Otherworld.

Epona is usually shown riding side-saddle on a mare or between twin horses.

She was regarded as a patron by cavalrymen, including the Aedui, used as auxiliaries by Julius Caesar, and soldiers prayed to her to protect their horses (and themselves) in battle.

She is the protector of horses, stables, and horse owners.

She is the guardian of agriculture and transportation.

In addition, Epona has been associated with birds. Her birds were said to have the ability to put the living to sleep and to rouse the dead.

She has also been pictured with cornucopias and baskets filled with fruits, especially apples and thus she has been linked to fertility.