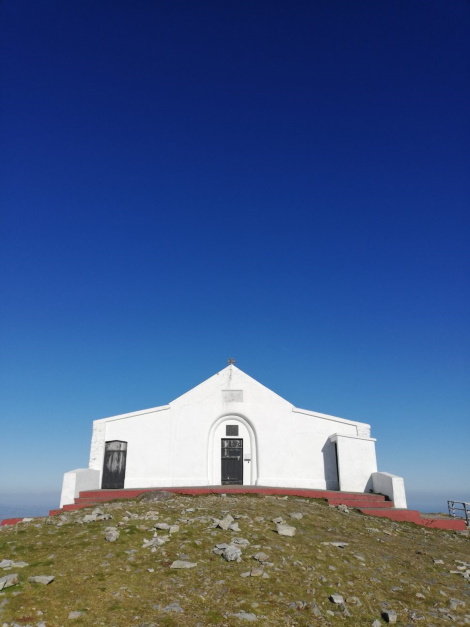 Reek Sunday is the day of the annual Pilgrimmage to the Summit of Croagh Patrick in Mayo, 764 metres, 2,500ft, high.

The pilgrimmage is held to honour St. Patrick who spent forty days fasting at the summit in 441. It has been held yearly for at least 1,500 years and is thought that it pre-dates Christianity originally a ritual associated with the festival of Lughnasadh.

The Archbishop of Tuam leads the climb each year and between 15,000 and 30,000 pilgrims normally participate. Up to 300 personnel from eleven mountain rescue teams from across Ireland are involved, including the local Mayo Mountain Rescue Team, for whom it is the busiest day of the year. Also involved is the Air Corps, Irish Cave Rescue Organisation (ICRO), the Order of Malta, the Civil Defence and members of An Garda Siocgana . Injuries ranging from cuts and broken bones to hypothermia and cardiac arrest occur each year. The climb takes two hours, on average, and one and a half hours to descend.

This year, 2020, due to covid-19 the archbishop decided to cancel the annual pilgrimage, with organisers citing fears over crowds on the mountain and the difficulty maintaining social distancing guidelines. Many people still climbed in 2020 but not in the usual numbers.

Masses are held at the summit in a small chapel. Some people climb the mountain in their bare feet, as an act of penance.

Pilgrimages are also made to the tops of many other mountains at this time of year, such as Mount Brandon in Munster, Slieve Donard in Ulster and Church Mountain in Leinster.