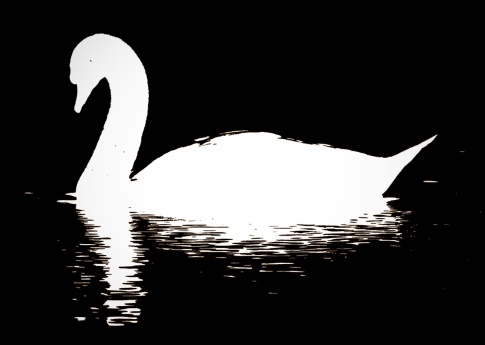 Swan Upping is an annual ceremony in England in which mute swans on the River Thames are rounded up, caught, ringed, and then released.

Swans on the Thames are divided among three owners, The Queen, The Vintners' and The Dyers'. (The latter two are part of the ancient Twelve Great Livery Companies of the City of London whose origins are based in the regulation of their trades and providing social and well as business connections).

A flotilla of traditional Thames rowing skiffs, manned by Swan Uppers in scarlet rowing shirts and headed by The Queen’s Swan Marker, wearing a hat with a white swan’s feather, row their way steadily up the Thames, in recent centuries from Sunbury-on-Thames to Abingdon-on-Thames.

they cry as a family of swans and cygnets is spotted, and the Swan Uppers carefully position their boats around the swans, lift them from the water and check their health.

The Swan Marker’s iconic five-day journey upriver has been an annual ceremony for hundreds of years, and today it has two clear goals; conservation and education.

The earliest record of swan-keeping on the Thames occurred in 1230 when Henry III issued a mandate which stated that a brood of swans should be divided amongst the owners of the parent birds instead of the owner of the dam keeping them all for himself. A custom that was typically reserved for domesticated animals.

By 1483, several Acts of Parliament started restricting the ownership of Thame's swans to protect the exclusivity of this fair commodity. One act designated swan ownership to people with freehold estate of at least five marks a year. In other words, commoners were prohibited from owning the regal bird.

To declare ownership of the birds, people had to purchase a swan mark at a pricey six shillings to nick into the beak of their swan. One historian said there were as many as 630 different swan marks circulating between 1450 and 1600. And the penalty for defacing, counterfeiting, or altering a swan mark was pretty tough – one year in prison. But these strict, classist rules didn’t stop people from swan stealing or breaking the law and owning a forbidden majestic swan anyway.

Nowadays, swans caught by the Queen's Swan Uppers, under the direction of the Swan Marker, are left unmarked, except for a lightweight ring linked to the database of the BritishTrust for Ornithology (BTO). Those caught by the Dyers and Vintners receive a similar ring on the other leg. Originally, rather than being ringed, swans' bills would be nicked using a metal implement.

On 20th July 2009, Queen Elizabeth II as "Seigneur of the Swans," attended the Swan Upping ceremony for the first time in her reign. This was the first time that the monarch had personally watched the ceremony in centuries.

Read more on the Royal website by clicking here - https://www.royal.uk/swans 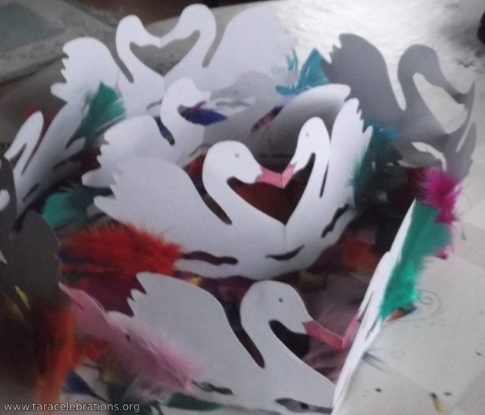 In 2014 our Monday meditation focussed on the swan --- read more at the archived website here.

As the white swan flew over the land, the mother wept. Tears of gold flowed over her red cheeks and onto her red earth. How had this come to pass?

The white swan flying away, leaving for another land. Desperate she looked skywards again. It seemed as if the flying swan melted into the soft clouds, down feathers melding with white haze. Sometime later she again looked up and it seemed as if the clouds took the form of a flock of white swans, drifting on invisible winds, rushing eastwards. All was silent.

Then a melodic piping carried across the valley – calling to the hearts of those that hear:

Listen. Listen to my call. I beckon across the years, across the ages, from a time when these lands were hot, volcanic. When steaming springs bubbled and islands rose from the warm waters.