25 July was the feast day of St Christopher the Martyr, a Canaanite who was executed in the 3rd century AD. Legend has it that Christopher, who was initially named Reprobus, wanted to serve the devil, who he believed to be "the greatest king there was", but on realising that the devil feared Jesus Christ decided to look for Christ. 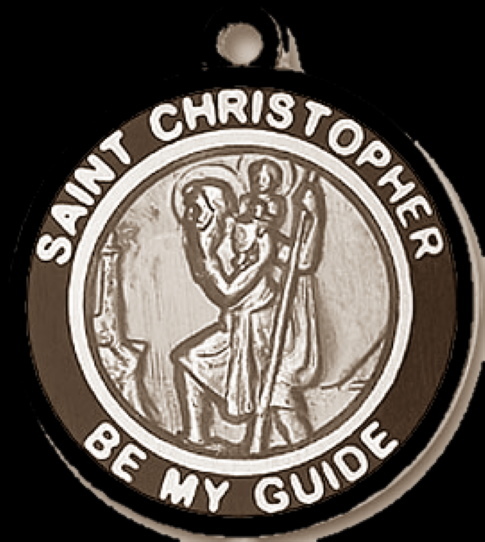 A hermit instructed him in the Christian faith and Christopher performed service to Christ by helping people across a dangerous river.

According to the legend, a child wanted to cross the river when it was swollen and at its most dangerous. Christopher carried the child across the river on his shoulders and the said to the child

"You have put me in the greatest danger. I do not think the whole world could have been as heavy on my shoulders as you were."

"You had on your shoulders not only the whole world but Him who made it. I am Christ your king, whom you are serving by this work."

And then the child disappeared.

St Christopher is known as the patron saint of travellers and today many people wear pendants bearing his image.