The festival is called Candlemas because this was the day that all the Church's candles for the year were blessed. They are then taken home where they serve as talismans and protections from all sorts of disasters.

Ah, the memories of bringing candles to the church for blessing on Candlemas day... it was always beautiful smelling cream beeswax candles. These were kept to be used on special occasions such as station Masses or if the holy sacraments were administered to the sick.

Different superstitions surround this festival. One is that if a candle drips on one side when carried in church on Candlemas, this denotes a death of a family member during the year.

Candlemas commemorates the ritual purification of Mary, 40 days after the birth of her son Jesus. This day also marks the ritual presentation of the baby Jesus to God in the Temple at Jerusalem. Ritual purification stems back to a Jewish tradition that women were considered unclean after the birth of a child. For 40 days for a boy, and 60 days for a girl, women weren't allowed to worship in the temple. At the end of this time, women were brought to the Temple or Synagogue to be purified. After the ceremony women were allowed to take part in religious services again.

As with many festivals in the liturgical calendar, this one also has its origins in ancient Rome. In Roman times, women observed purification rites and candles were carried through the streets. 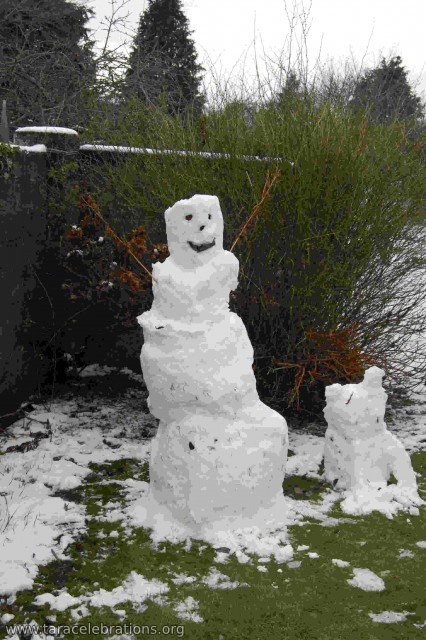 Like some other Christian festivals, Candlemas draws some of its elements from Paganism. In pre-Christian times, it was the festival of light. This ancient festival marked the mid point half way between the winter solstice (shortest day) and the spring equinox.

Near the end of the winter season, as ancient people looked forward to the planting season of spring, many different cultures found ways to celebrate this shift from the cold and dark days to a happier and more productive time of year. The promises of the return of the light and the renewal of life which were made at the winter solstice are now becoming manifest. It's the time of germination and of preparing to come out of hibernation.

This is also a day for weather forecasting.

If the day was sunny and fair, more winter weather was to come, but if a lark was heard singing, that was a sign of an early spring.

It was said that if the day was bright and fair, the Cailleach of Winter went out to stock upon more firewood. This would mean a longer winter. If the Cailleach couldn’t get out because of bad weather, then she ran out of firewood and Spring would arrive.

Snowdrops (galanthasnivalis) are known as Candlemas Bells because they often bloom early in the year, even before Candlemas. Some varieties bloom all winter (in the northern hemisphere). The superstitious used to believe that these flowers should not be brought into the house prior to Candlemasas it symbolises a parting or death.. However, it is also believed in more recent times that these flowers purify a home. 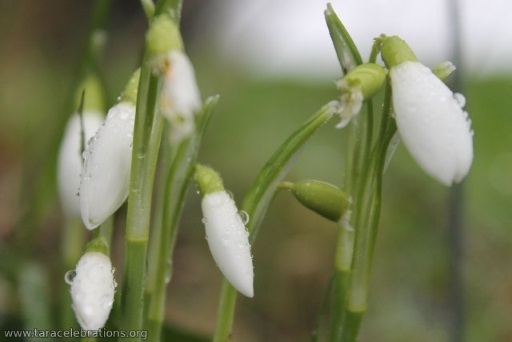 According to folklore, an angel helped these Candlemas bells to bloom and pointed them as a sign of hope to Eve, who wept in repentance and in despair over the cold and death that entered the world. Many Christians see the flower as a symbol of Jesus Christ being this hope for the world. Candles that are lit during Candlemas also symbolize Jesus as the “light of the world”.

Any Christmas decorations not taken down by Twelfth Night should be left up until Candlemas Day and then taken down. In some parts of the country, this was the day to burn the holly decorations from Christmas.

Candlemas is a time of new beginnings. This is a good day to ritually celebrate all things new. Make a commitment to a goal.and light a candle as you make your pledge. You can also use the symbolisism of the coming of spring by planting a seed or bulb in a pot to symbolize your commitment, or bless a bowl or packet of seeds that you will plant later.