This is a feast day commemorating the legend of the Seven Sleepers. The atmospheric conditions on that day are supposed to determine or predict the average summer weather of the next seven weeks. if it rains on Seven Sleeper’s Day, it will rain for the following seven weeks.

So who are these Seven Sleepers of Ephesus?

The legend tells that during the Roman Emperor persecution, around 250 AD, there were seven young men who were accused of adopting the Christian faith. Their names were Maximilian, Jamblichus, Martin, John, Dionysius, Antonius, and Constantine. They were given an extended period of time to relinquish their faith, but they did not do that. Instead, they gave away all their belongings and went into the mountains to dwell in caves and used their time to pray, and that is where they fell asleep.

The Emperor saw that they did not want to embrace the pagan religion and it angered him, so he ordered his men to go to the mountains and seal up the cave where the seven young men were sleeping. 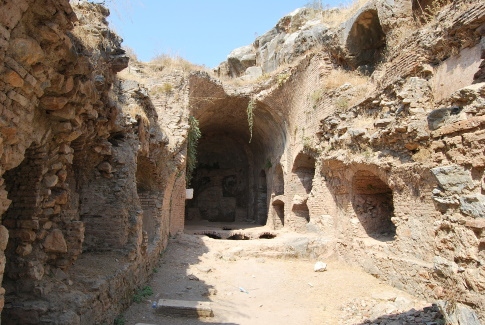 Ten years passed and no one opened the mouth of the cave until a landowner decided to use it for a pen for his cattle. When the landowner opened the cave, according to the legend, he found the seven sleepers there and when they saw him, they woke up and imagined that they had only been asleep for one day and not ten years.

One of the seven sleepers returned to the community in Ephesus and found buildings that had the cross attached to them. He was also trying to spend money that had been outdated since the reign of the previous Emperor. The people were astonished and called for the Bishop, who interrogated the seven young men as they explained to him their story of sleeping for ten years. The Seven Sleepers Day was derived from that legend.