BBQ area at Bective Mill.... under cover but in the open air. Site of a memorable Reunion.

J x 2 set up a celebration table of symbolic and meaningful items... and food of course.

Air, water, earth and fire on the table.

Nero, the new dog at Bective, who is super friendly, explores something interesting nearby.

On a flower of life patterned plate she placed the card she picked for the evening.

Pat found these giants on a walk... they arrived over the weekend in their hundreds. Visitors from the Arctic and North Pacific oceans.

Comet Neowise - Visitor from the Universe

End July 2020 - Goodbye to comet C/2020 F3 which is slowly fading from our skies now..... ( aka NEOWISE - Near Earth Object Widefield Infrared Survey Explorer). It appeared 27th March 2020. One of the brightest comets in the northern hemisphere since Comet Hale–Bopp in 1997 - photographed by Martin D in Navan.

Nora set up a vase of hawthorn and rose hips, and coloured a mandala, focussing on the 7 directions, while tuning in. 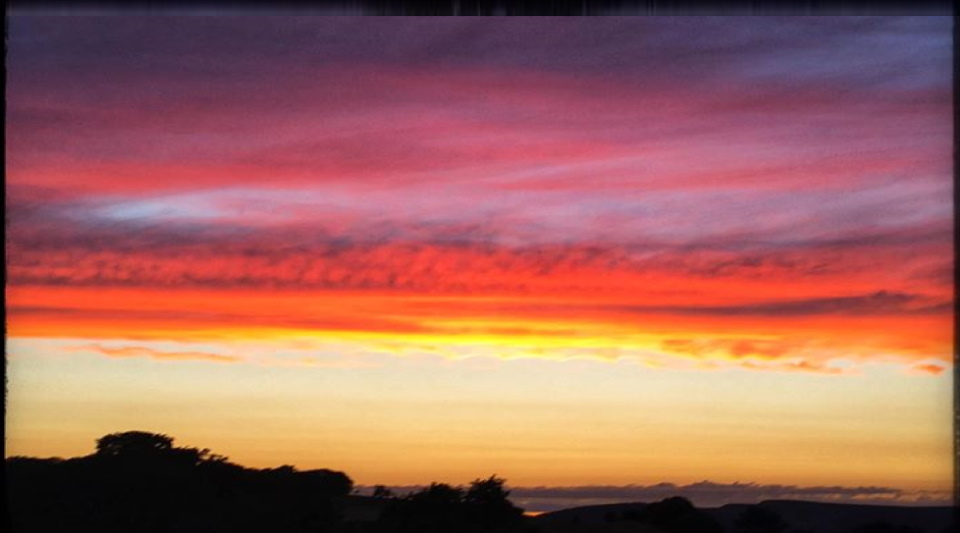 Bective - B and B now closed

We held Monday meditations in the Mill building until a fire destroyed the inside rooms in 2019. The Bed and Breakfast building was untouched and operated for a few more years as an enjoyable place to rest up beside the River Boyne, dependent on current government restrictions due to Covid-19.