Photo-story of what happened on the day....

This was the planned running order... and although access to the well and site was difficult as you can see from the above photos much of what was hoped for was achieved.

Our ancestors saw Lughnasadh as a time to celebrate the new harvest, they would gather as a community to feast, be together, share news, story's, compete in games and feast. It was the time of year when couples could come together in marriage. For a year and a day they were wife and husband after this time lapsed they could go their separate ways if they so wished with no bond to the other person. So a very special time of year for all the community.

For those tuning in at a distance, a non-denominational, universal lattice of spiritual inter-connecting love. (Pat's words of explanation).

Several people tuning in at a distance feel drawn to creating a mandala to link into the hub, the ceremony at St. Ciarans, sharing the theme 'Our Own Harvest Time' .

MD in Sligo linked in during the day, created a mandala and visited a sacred well at Kilmacteige in Sligo:

The Hazel tree of the year, rooted in love, has 4 branches for the 4 festivals.

The heart supports the tree and the tree reaches for the heart. If people see nature as kindred spirit, then nature nurtures us.

The branches suggesting a heart shape. The central heart has 8 compass points to represent directions and wheel of the year. The moon is set in solar rays. The hearts of people surround the center.

The wings of the Swan encompass the people in ceremony. And the autumn mists roll over the landscape.

Then after work I decided to go on a walk in the country and enjoy the weather.

On the walk I came across 2 wells, one actively bubbling up through a sandy base causing little volcanoes of sand to erupt fresh water.

The second well was located in the base of some tree roots. It's name, coincidentally enough, was St. Ciaran's Well. So this was evidence enough that I was in a spot to link in to the group in St. Kieran's Well in Meath.

I continued on my walk and later Googled the well. Legend has it that St Ciaran founded a monastic settlement with 12 stone huts around the well and that when he left he put a Sí óg (young fairy) to guard it. It became known as a healing well and Its pattern day is lughnasadh!

When the English soldiers came to the well they were afraid to boil the water so they dug a new well near by, the Lieutenants well, which is the one I had visited earlier.

And there's no such thing as coincidence apparently.

In my head I planned a circle of apples with a rose at the centre. The actual time called for something different! Feathers symbolic of the people tuning in, the ribbon represents the celebration which ties us all together, and the ball of string the hub which unravels and creates the wheel / circle of us all held together by the extended string. 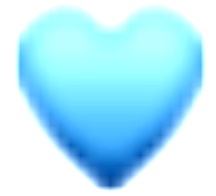 My mandala, a heart shaped chocolate box that Nora gave me many moons ago, filled with yellow rose petals and white. The candle from Bealtaine celebrations with my written intentions of positive words. Crystals in centre.

(the petals look a different colour with light of the candle and app on the phone - hint of blue in there so healing comes to mind.)

And Bernadette Mac shared this Quote for the Day on the actual get-together day of 11th August 2019....

From 'The Beauties of the Boyne and its tributary the Blackwater' by William Wilde:

About a furlong's length to the west of the old church may be seen St. Kieran's well, one of the most beautiful holy wells in Ireland, and shaded by a hoary ash tree of surpassing size and beauty...

The well is situated on the side of a beautiful and exquisitely green sloping bank, upon which the neighbouring sheep love to congregate. It springs from a limestone rock of considerable extent; and appears first in a small natural basin immediately at the foot of the tree.

Within the well are several trouts, each about half a pound weight. They have been there " as long as the oldest inhabitants can recollect" and, strange to tell, they are said not to have grown an ounce within that period. These fish are held in the highest veneration by the people, who, when the well is being annually cleansed of weeds, carefully preserve the blessed creatures, and replace them as soon as possible.

About ten years ago a report spread over Meath and the surrounding counties, that Saint Kieran's ash tree was bleeding, and thousands of people flocked to the place to witness the wonder, and many brought with them vessels and bottles in which they hoped to carry away a portion of the miraculous fluid. With this it was hoped they might perform cures such as " common doctors" could not even attempt.

From the County Atlas of Ireland, drawn and engraved by John Kirkwood 1868 -

Legend has it that the healing powers of the water are at their strongest between midnight and 1a.m. on the first Saturday of August and each year dozens of people take the old pilgrim route there.

There is a large stone Oratoryon the top of the hill, erected in 1913, looking down on the limestone pavement and well.

The waters at Ciaran'sWell carry special healing powers, the water in one of the pools is said to have been the cure of headaches, toothaches and sorethroats. Bathing feet in the tiny stream that flows from the well is said to preserve them from soreness during the coming year and healing of warts.

Within the rocks is a chair shaped depression that is said to have the impression of the saint's back, and is believed to cure back ailments.

There are two bridges across the Stoneyford River from the road onto the site.