The waning light of the Sun in the Wheel of the Year stands in the South, moving towards the deepest darkness of the North. Yet gardens are in full blossom and heavy with nature's bounty. Preparations begin for the long cold months to come and there is already a nip in the air.

Harvest Moon hangs low in the sky, lighting our path across land and water. 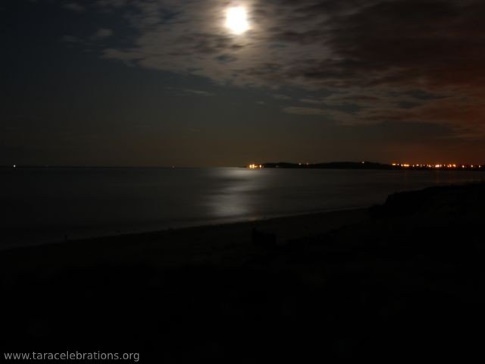 This feast is know by many names to many people, for the truth is reflected from many mirrors. Lammas to the Anglo-Saxon Germanic tribes, Lunasdal in Wales, Cornucopia and Thingtide in some parts of England.

This is the time to honour the results of all this creative effort, when the grains of the fields are gathered, blessed and stored.

This is the great festival of the God King, the King that marries the Sovereignty of the Land.

It honours the Lord in celebration of the harvest.

It honours the Lady, the Goddess of the Land, the power in the land.

At Teltown, Co. Meath, there is a strong Lugh and Tailtiu presence.

Teltown is the famous Óenaige site, an event that historically included fairs, feasts and games, for this is traditionally the season of communities joining together, helping each other gather the harvest. 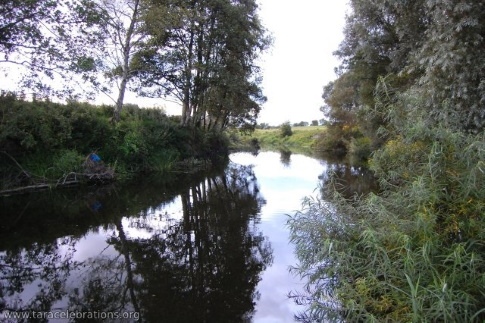 The river Blackwater, abhainn saile, was central to Teltown and huge importance was put in the swimming of horses and cattle in its magically charged waters at Lughnasadh.

As Martin says in his intro to the 2016 celebration in the Burren:

There are four main doorways of the year. Samhain, Imbolc, Bealtaine and Lughnasadh. This doorway we are about to enter brings us out of summer and into autumn. It is a liminal time of the year with a typical mix of warm sunny days and wet autumnal showers. Flowers have passed their peak and the fruits and berries are ripening. It is the harvest of the first fruits and early grains. In our own existence it corresponds to energies where we start to reap what we have been putting our efforts and time into. It is a time of pilgrimage, putting effort into travelling to holy sites, to be out of our comfort zone and opened to new intriguing possibilities. 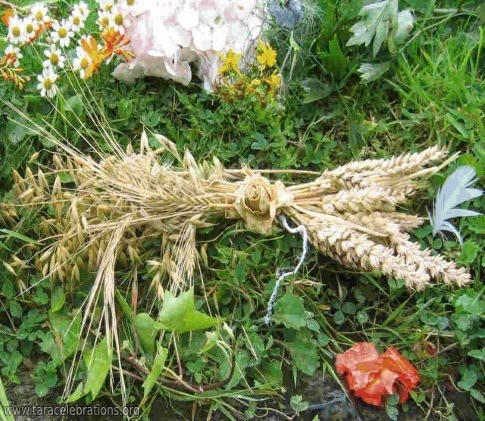 Eileen shared these words as we buried the Corn Cailleach at Teltown.

Read more here about Harvest Dolls, their variations and use.

Which characters represent Lughnasadh and the seasonal change to autumn?

Bright young god of many talents, a Samildánach - skilled in all the Arts. The God of Light. Lugh Lamhfada - Lugh of the long arm - the sole survivor of triplet brothers all having the same name. Lugh's father is Cian of the Tuatha Dé Danann, and his mother is Ethniu, daughter of the Fomorian Balor. In Cath Maige Tuired their marriage creates an alliance between the two tribes.

One legend relates that Lugh came to Tara from Emain Ablach, a mythical island paradise meaning the Island of Apples, a forerunner maybe of the legends of Avalon. It is often regarded as the realm of the sea god Manannán Mac Lir and identified in the physical world with the Isle of Man lying north west of Tara. The island paradise was his first home, before he matured and came to his home of Tara.

Lugh's sling is often linked to the rainbow and his chain is the Milky Way, the route that the god used to take the dead to Heaven. Interesting that Boann, goddess of the River Boyne, is also connected to the Milky Way.

Lugh is best known for his proclamation of the harvest fair and games in tribute to his foster-mother Tailtiu, celebrations observed to this day. Bright young god of many talents, Lugh. The God of Light.

Lugh's opponent and likely his counterpart as well, Crom Dubh, maybe less familiar although he is known throughout Ireland, especially in Connacht and Munster. Crom Dubh is the dark bent one, living in the hills with a bull, protective of his granary. Some say this ancient god of the harvest sold his soul to the devil. Some prayed to him for an abundant crop. He is dark from living underground, perhaps in Aine's sidhe. He bent his back by pulling the first sheaf of gold tipped wheat into the fields.

As a bull keeper it is interesting to note that Taurus disappeared from the sky in March and reappears in the August sky. King Leoghaire is sometimes named as the bull's owner.

In Teltown there is a Cromwell's road which is most likely a corruption of the original name, Crom Dubh's road. In fact, Crom was probably the main deity before the advent of St Patrick. Some say this ancient god of the harvest sold his soul to the devil. Even as recently as the last century, he was spoken of in Munster as "the god of harvest" who comes around each year halfway between Summer Solstice and Autumn Equinox, on Lughnasadh. Some prayed to him for an abundant crop.

Monstrous one-eyed Fomorian chief symbolically represents a fight between two gods, the old overthown by the new. A god of death and drought in the mythological stories of Cath Maige Tuired and folklore.

It is related that the eye is covered by seven cloaks. As each is taken off different phases of destruction ensue - at the first, ferns begin to wither, at the fifth everything becomes red hot, at the seventh everything catches fire. A reflection of the summer weather at this time of year perhaps. Lugh eventually kills Balor (his grandfather) in battle, throwing a spear into his eye, or in some versions with his magical sling, and in some renderings beheading him.

In legends, Crom carries the maiden Eithne out of the Underworld on his shoulders. Sometimes Eithne is portrayed as his fairy mistress, and Lugh fights him in an attempt to take Eithne instead of the sheaf of grain, which shows that they are probably one and the same. The word "eithne" means kernal or grain. It is also interesting to note that the word "eitre" means furrow. By this, we see Eithne as both furrow and seed, a maiden fertility goddess.

Site of the August Oenach, aka Lughnasadh assembly, where games, meetings and marriages took place.

The well is situated on the side of a beautiful and exquisitely green sloping bank, has healing properties and magical trout.

Dog days bright and clear indicate a good year ... and what rhymes with rain?