In Commonly Asked Questions we refer to the genus loci or spirit of place and suggest before a ceremony we would ask if it would be willing to welcome us. Who do we mean by this? The Genus Loci is a Latin phrase originating in the old Roman belief that every place had a protective spirit or deity. This is an expression of the essence of the place. Yet, the understanding that every place has a guardian or energy / essence connected to it is not just Roman.

To build, to plant, whatever you intend,
To rear the column, or the arch to bend,
To swell the terrace, or to sink the grot;
In all, let Nature never be forgot…
Consult the genius of the place in all…

from the Epistle to Lord Burlington by Alexander Pope

When we connect to the Genus Loci of a place what / who are we likely to meet? This first article focusses on the Aes Sidhe, said to be guardians of the land. 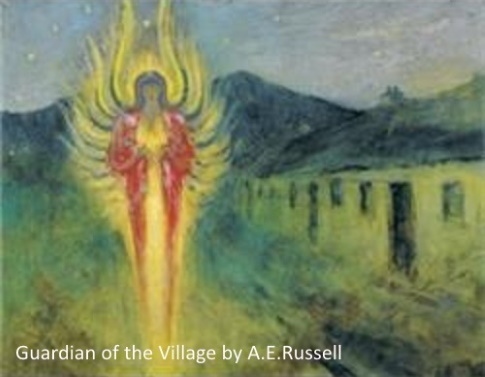 Aes Sídhe (People of the Mounds) – living underground in the 'hollow' hills and mounds, in an invisible world co-existing with the human world. They are also known as daoine sídhe.

Why do they live in the Mounds? The Lebor Gabála Érenn - The Book of the Taking of Ireland – retells how the Gaels aka Milesians (meaning either Soldier of Hispania or Sons of Mil depending on your source) from Spain invade Ireland. The incumbent rulers are three kings and their wives, Banba, Fódla and Ériu, who promise that if the Gaels name the land after them then they may have the country. A three day truce is agreed and the Gaels move their ships back nine waves from the shore. By magic the Tuatha de Danaan (people of the Goddess Dana) raise a great wind to hold them away, but this is calmed by Amergin. As there is an impasse they agree to divide Ireland into the world above and the Tuath Dé enter the hidden Otherworld below.

Now the question arises, are the Tuatha de Danaan the Aes Sidhe? Or are there distinctions between them? Some perceive them as Faery people, similar but with a difference of social structures. Others say that the Little People live in the mounds, being elf-like in appearance, whilst some remark on tall figures that occupy the Underground world. 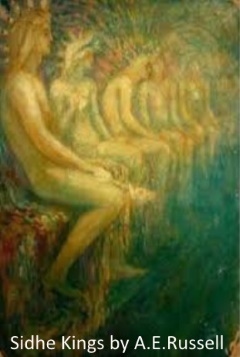 Whatever the distinctions the Aes Sidhe are regarded as very ancient, both knowledgeable and intelligent. They are not the Victorian inspired idea of a small light diaphanous fairy with wings that flits in and out of our awareness but are similar to humans in height and carry the ancient agricultural wisdom of gods and goddesses. They are often imagined as the 'Shining Ones', frequently seen glowing as a golden energy, felt as a passing wind or heard as a swarm of bees. Territorial, with kings and queens and an aristocracy similar to that of ancient Irish families, they are said to fulfil many roles.

Dawn and dusk, Bealtaine Eve and Samhain Eve are particular times when the 'veil' between the realms is 'thin' and the otherworld beings are visible. Some appear after sunset walking purposefully, going about their business; the Sluagh Sidhe travel at night-time, flying through the air; some are elemental spirits attached to particular sites as wood spirits, water spirits, air spirits etc. And they all interract with humans and have done for centuries.

The Aes Sidhe can be called upon for protection and assistance. They are generally benign, known as the Good People, Fair Folk, Good Neighbours.. and yet they are no push-over, being empowered and strong forces that are regarded at least as equals of humans. They are keepers of the land, and many of their stories are linked to water and lakes. Especially at Samhain we may leave them milk, butter and corn as a gift, a thanks for their assistance in the harvest just gathered.

As this fantastic otherworld's portals are open at Samhain there may be much to-ing and fro-ing. In the Hosting of the Sidhe verse by W.B.Yeats, he warns us that:

'The Host is riding from Knocknarea...'

'The Host is riding twixt night and day...'

If any crops have not been harvested they may be spoiled by these Fairy people, or taken by them. They are to be treated with respect. 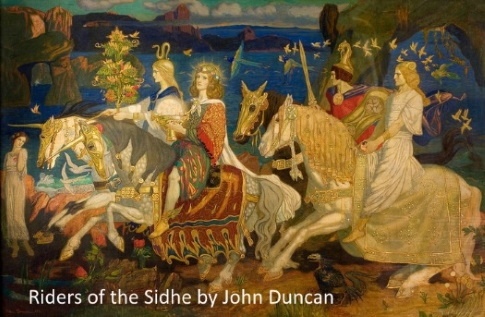 A story from the Duchas.ie School's Collection -

Though fairies have long ceased to dance in the moonlight, their forts still remain, and Swords (Co. Dublin) like every other place has its share of Lisses, Fairy forts, and fairy dwellings at various places such as Knocksheedan, Rathbeale, and Rathingle. The largest fort is at Knocksheedan known as the "Moat". About three miles outside our little village in a lonely country spot surrounded on all sides by tall trees and on the outside fringed by a little stream stands this well known "Moat". It is said that every night from Bealtaine to Samhain a body of warlike men are seen marching towards the Moat, and from Samhain to Bealtaine ten black cats are seen sitting on the top of it, and at the first streak of dawn they disappear.

Click here to download this article.
Other articles on the Genus Loci are Colour and Cuilenn - Holly